For free advice our team can be contacted through a mobile link, by clicking directly below.

In 1670, ironmonger James Gibbons set up a workshop in Wolverhampton. Supreme quality of craftsmanship established his reputation and the business grew and prospered. Sir Christopher Wren put his trust in James Gibbons ironmongery, as leading architects have done to the present day.

By the late 19th Century "the oldest established lockmaker in Britain" had diversified into the manufacture of a much wider range of architectural metalwork. Examples of James Gibbons' craftsmanship can be seen in many notable and historic applications, including Buckingham Palace, the Houses of Parliament, and in the famous musical clock outside Fortnum & Mason in London. 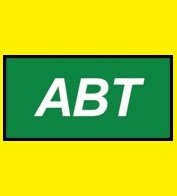 A replacement lock case predominantly used on UPVC doors, usually there are no markings on the faceplate to indicate the manufacturer.

PART OF THE NORTH LONDON LOCKSMITHS LTD GROUP OF COMPANIES